The eight children, 47 women and 57 men were in two motor boats, waiting for other boats to take them to Bogale when they were caught on Tuesday morning.

Locals say they were from Buthidaung and Maungdaw townships in Rakhine State and were planning to sail from Bogale to Malaysia.

“Two boats were caught near Ka Tone Lay [Gayatgyi] island. The boats that were waiting to transport them to Bogale fled the scene,” a local resident, who didn’t want to be named for security reasons, told RFA.

The Rohingya are being held at Bogale Police Station, and locals say they do not know what charges, if any, the police plan to file against them.

RFA phoned Maung Maung Than, the junta spokesman and social affairs minister of Ayeyarwady region to ask about the arrests but the calls went unanswered.

In a separate development the junta issued a statement Tuesday saying 12 men have been arrested in connection with the deaths of 13 Rohingya whose bodies were found on Nov. 5 in Yangon region’s Hlegu township.

The junta said the Rohingya had fled a refugee camp in Bangladesh and returned to Rakhine State, from where they planned to travel to Malaysia.

It said the Rohingya were being driven to Yangon, concealed in a fuel truck and died between Htantabin township and Hlaingtharyar (West) township. 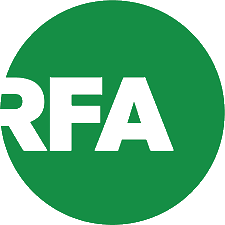 More Than 100 Rohingya Land on Beach in Indonesia's Aceh