JUSSIE Smollett has been freed from jail after just six days to appeal his conviction for lying to cops about a racist and homophobic attack.

Smollett spent only days at the Cook County jail[/caption]

He was sentenced having being charged with five counts of disorderly conduct.

In a bizarre outburst immediately after the sentence was handed down, the former Empire actor said “I am not suicidal. And if anything happens to me when I go in there, I did not do it to myself. And you must all know that.”

The actor spent two days with the general prison population at a Cook County Illinois jail and four in a psychiatric ward amid fears for his mental wellbeing.

Having served just six days, the actor was released on Wednesday after a court said the actor should be free while his conviction is appealed.

Lawyer Nenye Uche said: “Obviously the Smollett family are very, very happy about this. We are elated.” 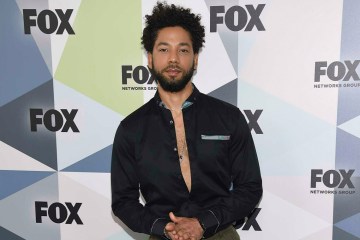 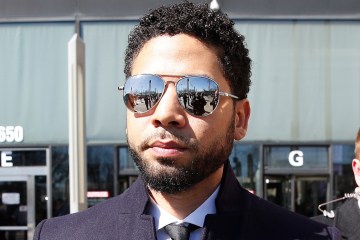 Final verdict in the disorderly conduct case against Jussie Smollett

Smollett’s lawyers argued he’s immunocompromised and filed a letter from a doctor saying the risk of Covid should be considered in his release.

Smollett was pictured leaving the county jail late on Wednesday and didn’t make any comment as he was whisked out of the area.

In a 2-1 decision, the appeals court said Smollett could be released after posted a posting a personal recognizance bond of $150,000.

That meant Smollett doesn’t have to put down money but agreed to come to court as required.

Most read in The Sun

Uche claimed the actor had refused food while behind bars.

The lawyer said: “Ice water, that’s been his food and liquid. I can only imagine if I was in jail for something I didn’t do, I wouldn’t be eating.”

Smollett had claimed he was the target of a racist and homophobic attack, but cops said he paid two black friends $3,500 to help him stage the assault.

Smollett told cops he was walking home on January 29, 2019, when he was beaten by two masked men who placed a noose around his neck.

He claimed he had been slugged in the face, and said an “unknown chemical substance” was poured on him.

The actor also insisted that at least one of his attackers was a white man who told him he was in “MAGA country,” a reference to former President Donald Trump‘s campaign slogan, Make America Great Again.

Read More on The US Sun 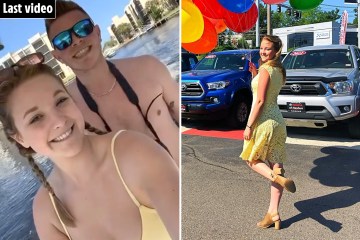 Woman, 22, shared vid with boyfriend before falling to her death from boat

Brothers Bola and Ola Osundario later came forward and told police Smollett paid them to jump him to raise his profile.

Smollett has denied those allegations.

We pay for your stories!

Do you have a story for The US Sun team?