SUSANNA Reid choked up today as she watched the emotional moment Nazanin Zaghari-Ratcliffe was reunited with her young daughter after six years as a prisoner of Iran.

Overjoyed Nazanin, 44, was filmed hugging and kissing Gabriella, seven, after touching down at RAF Brize Norton, Oxfordshire, at 1am today.

In 2016 she was jailed for ‘plotting to overthrow the Iranian government’, which she and her family vehemently deny.

Her release from Tehran followed tense negotiations by the UK and Iranian governments after years of campaigning by Nazanin’s devoted husband Richard, 45.

With her voice wavering on today Good Morning Britain, Susanna said: “Richard Ratcliffe made the decision to openly campaign, to go on hunger strike.

“He had been warned it could risk Nazanin’s life and the risk that he took in order to speak out was hugely courageous and as a result brought everyone with him. As the huge response from viewers comes in, everyone’s invested.” 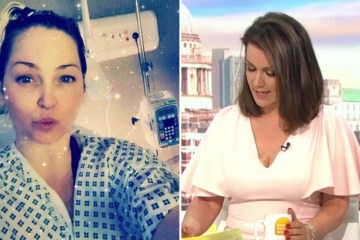 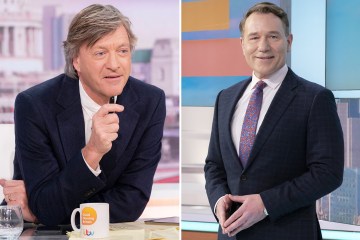 Working with Richard Madeley is like trying to pin a grasshopper, says GMB star

Referencing how finely balanced the release effort was, she continued: “We’ve also seen the risks of misspeaking about it, Boris Johnson as foreign secretary, one wrong word.

“Richard must have been walking on eggshells the entire time, worried about saying the right thing. He has done absolutely the right thing at every stage. Absolutely brilliant work.”

Nazanin’s daughter shouted “Mummy” before running to greet her.

She then carried the little girl in her arms as they were surrounded by other family members, asking her: “Do I smell nice?”

Most read in News TV

TOAST OF THE TOWN

She was joined on the tarmac by fellow freed detainee Anoosheh Ashoori, who was serving a four-year jail term in Tehran on spying charges – which he denies.

Her breakthrough release came as ministers settled an historic £400million debt over a cancelled tank contract dating back to the 1970s by agreeing a humanitarian aid package, which may include Covid vaccines.

No Related Articles Found
Previous articleHow you could be fined £2,500 for standing NEXT to your car this St Patrick’s Day – without even touching your vehicle
Next articleMissouri police shooting – Bonne Terre officer shot dead in line of duty & second cop injured after ‘ambush’ at motel