CHELSEA have been handed a nightmare Champions League quarter-final draw against Real Madrid.

Though thankfully for Blues supporters, it was just on a simulator ahead of Friday’s real draw for the next round of the European Cup.

Three English teams are in the pot for the quarter-final, with Chelsea beating Lille in the last-16, while Liverpool and Manchester City triumphed over Inter Milan and Sporting Lisbon respectively.

Though Manchester United failed to advance after they lost their second leg tie at home against Atletico Madrid on Tuesday night.

Along with Real and Atletico, fellow Spanish side Villarreal are in the quarter-finals after they shocked Juventus to win 3-0 in Turin on Wednesday.

It is just the third time in history they have reached this stage, having lost against Arsenal in the semi-finals in 2006 and quarter-finals in 2009.

Bayern Munich also secured their passage into the next round after an 8-2 aggregate win over Red Bull Salzburg, while Benfica beat Ajax over two legs. 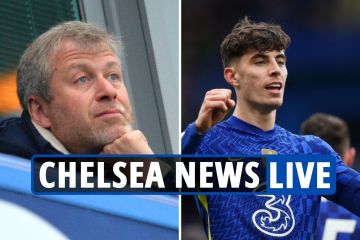 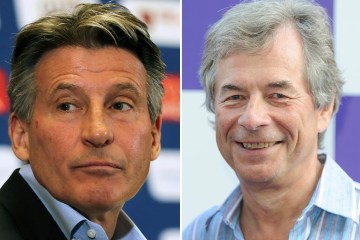 And ahead of Friday’s draw, SunSport simulated how it could play out, throwing up what would surely be classic encounters.

First up was Chelsea against Real in a repeat of last season’s semi-final, which the West London outfit won.

A 1-1 draw in Madrid was followed up by Thomas Tuchel’s side winning 2-0 at Stamford Bridge with Timo Werner and Mason Mount getting on the score sheet.

But with Los Blancos top of LaLiga by ten points and winning their last five matches in all competitions, Chelsea will be keen to avoid them.

Most read in football

Next up in the draw was a mouthwatering tie between Liverpool and Manchester City.

The two teams are embroiled in a race for the Premier League title, with the Citizens just a point clear of Jurgen Klopp’s men ahead of their clash at the Etihad next month.

City and Liverpool have only faced each other twice in the Champions League, though it came at this stage in the 2017-18 campaign.

Liverpool won the first leg away at City 2-1, before smashing them 3-0 at Anfield thanks to first half goals from Mohamed Salah, Alex Oxlade-Chamberlain and Sadio Mane.

Villarreal were the next team drawn, with Unai Emery’s side handed a horror tie against Julian Nagelsmann’s free-scoring Bayern.

And Atletico’s reward for knocking out the Red Devils was a favourable tie to face Portuguese giants Benfica.